Pollution affects over 100 million people, categorizing itself as one of the top global killers. The National Academy of Sciences estimated that every year 14 billion pounds of waste are dumped into the ocean by ocean-based sources, including cargo ships and cruise liners. Close to 50% of the lakes in the United States are unsafe for fishing and too polluted for aquatic life and a total of 1.2 trillion gallons of untreated sewage, stormwater, and industrial wage are dumped into the water every year. There are also about 1.5 million metric tons of nitrogen pollution in the Mississipi River, which is the same river that meets with the Gulf of Mexico. During the Summer the waste from the river creates a “dead zone” in the Gulf of Mexico that is approximately as big as New Jersey. 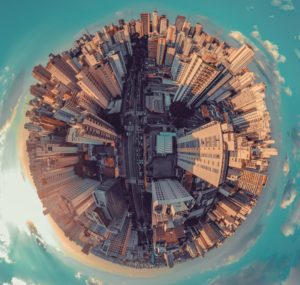 People who live in places with high air pollution have a 20% higher risk of dying from lung cancer than those who live in other areas where the air is less polluted. Every year, more than a million seabirds and about 100,000 sea mammals die from pollution, and more than 3 million children under the age of five die from environmental factors. The United States burns up 25% of the coal, 26% of the oil, and 27% of our planet’s natural gas. More than 40% of the burden of disease in this planet falls on the children that make up our population. It is up to us to restore our planet and right our wrongs. Recycling and composting has already prevented the disposal of 85 million tons of material in 2010. In 1980, recycling only prevented the disposal of 18 million tons of material, proving that our efforts are actually making a real impact in the world. Aside from recycling, cleanups can help save animals and discourage others from littering. It is up to us to continue pushing through this journey for a better future. If not for us, then for the generations to come.