Port Royal, a village located on the southeast coast of Jamaica, was once considered to be the “richest and wickedest city in the world”. Port Royal was the largest city in the Caribbean, operating as the center of shipping and commerce in the Caribbean Sea. Jamaica was first held by the Spanish and later came under English power, but prior to the arrival of the Spanish, Jamaica was inhabited by the Taino tribes. In those days Port Royal was only a sand spit used by the Tainos as a fishing camp. 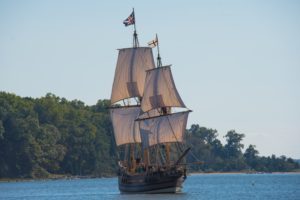 After arriving in Jamaica and enslaving the Tainos, the Spaniards used Port Royal for cleaning, refitting, and caulking of their sailing vessels. In 1655, the British invaded Jamaica and immediately began to put fortifications in place. The British turned Port Royal into the virtual capital of Jamaica and quickly became the infamous home of Englishmen, prostitutes, and pirates who brought in stolen treasure from the Spanish Main. In 1692, the island was shook by a massive earthquake, causing the city to sink and 2,000 people to die. The destruction was considered punishment for the behavior of the pirates and prostitutes, and the sins of slavery. Today, the remains of the 17th-century city lie 40 feet underwater. The city has continued to skin and is known to be a hive for archeological exploration. Port Royal is listed under the top ten best diving spots in the world. Port Royal Cays is said to be a dive like no other, filled with beautiful reefs and wreck that lie beneath the water. The experience is only a 25-minute drive from downtown Kingston and a short boat ride out of the Kingston harbor from Port Royal.