Your Clean Clothes Have A Dirty Past.

In a culture driven by everchanging style and a societal expectation to stay on trend, fast fashion has quickly grown to be one of the largest global polluters. Many textile factories use toxic chemicals during the manufacturing process often times dumping the runoff directly into rivers or even the streets. Another negative implication of fast fashion is the vast amount of fresh water consumed during manufacturing. 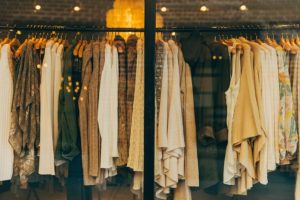 In India, the devastation of textile factory pollution is so dramatic that more than 30,000 family-owned farms have been destroyed. Many companies including Gap and Walmart have factories that contribute to this crisis. Experts have noted that the average pair of jeans requires 1,850 gallons of water to produce; T-shirts use 715 gallons. After processing this terribly polluted water is then allowed to drain into public water sources such as streams and rivers. The American Apparel and Footwear Association estimated that approximately 97% of production has been outsourced. With over 75% of that outsourcing taking place in Asia.

Often even though the streams are a toxic cocktail of chemical runoff locals still rely on this water source for bathing and drinking water. This has lead to a spike in illnesses including skin reactions, cancer, and gastric ailments. It is an absolute public health crisis driven by a multi-billion dollar industry driven to make cheap clothing. In addition to cancer,  it’s been found that those who come in contact with these chemicals are being exposed to hormone and nervous system disruptors. 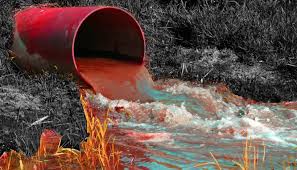 Tanneries often use toxic chromium during their manufacturing process which ends up in cows milk and other agricultural products. Many of the chemicals used throughout this process are bio-accumulative which means that they build up in an organism faster than it can be dispelled or metabolized.